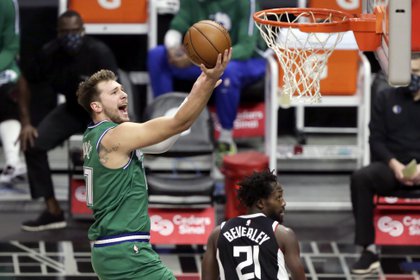 Sports writing (USA), Feb 23 . .- Forward Tim Hardaway Jr. scored 20 of his 29 points in the first half and finished as the leader of the Dallas Mavericks attack that prevailed 102-92 to the Memphis Grizzlies, in the Southwest Division team duel.
In turn, Doncic finished with 21 points, after scoring 18 field goals, including 3 of 10 triples, and 2-9 from the personnel line. To this he added seven rebounds, seven assists, recovered two balls, but lost four and put a block in the 33 minutes he was on the field.
The Mavericks returned from a seven-day layoff caused by winter weather that hit the entire state of Texas last week and forced them to postpone two games.
Point guard Jalen Brunson added 19 points and forward Josh Richardson added another 17 with the Mavericks, who are 14-15 aggregate and second in the Southwest Division, where the San Antonio Spurs (16-11) lead.
Again, point guard Ja Morant with 22 points and nine assists finished leading the Grizzlies (13-14), who lost the second consecutive game and are third in the Southwest Division.
Four other Grizzlies players had double-digit numbers, including Lithuanian center Jonas Valanciunas who finished as the leader of the inside game with a double-double of 11 points, 15 rebounds – 11 defensive – and put up a block.