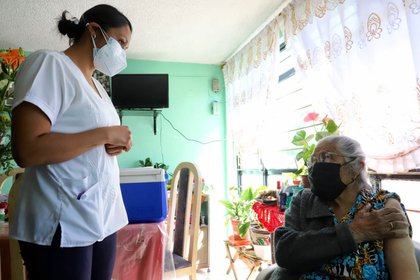 As part of the second phase of the vaccination campaign against COVID-19, thousands of older adults have received immunization in Mexico City. Nevertheless, Today, the case of Florencia González Navarrete was highlighted. The woman of 101 years old was visited at home, located in the Cuajimalpa mayor’s office, by a mobile brigade of personnel prepared to vaccinate older adults who cannot move.

Through your Twitter account, Claudia Sheinbaum Pardo, the Head of Government of the capital highlighted the event. Similarly confirmed that 46 mobile brigades are conducting the visit of asylums and homes of people belonging to the second priority group prevented from attending established vaccination centers.

The campaign started on Monday, February 15. For that day, the 870,000 doses of the antidote created by AstraZeneca and the University of Oxford, received in the most recent shipment, had already been distributed proportionally in most of the 333 municipalities with the greatest marginalization in the country. 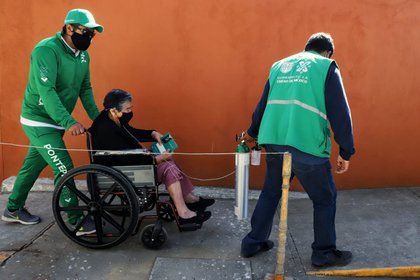 Older adults represent one of the groups with the highest risk in case of contracting COVID-19 (Photo: Government of Mexico City)

According to the authorities of the Ministry of Health (SSa), the mission proposed from this week until the end of April is to achieve the placement of, at least, the first dose of the biological in each of the 15.7 million older adults in the national territory.

To do this, hundreds of vaccination brigades have been deployed in each of the programmed municipalities. They are made up of a promoter of Well-being or Sembrando Vida, a person assigned to the program La Escuela es Nuestra, Jovenes Building el Futuro or Becas Benito Juárez, two servants of the nation, three medical managers or vaccinating health personnel, two volunteers and four of the Armed Forces.

Estimates from the National Epidemiological Surveillance System and the Technical Advisory Group on Vaccination of Mexico indicate that, by achieving the goal of immunizing that 20% of the population, also sand reduce deaths caused by COVID-19 disease by up to 80 percent. 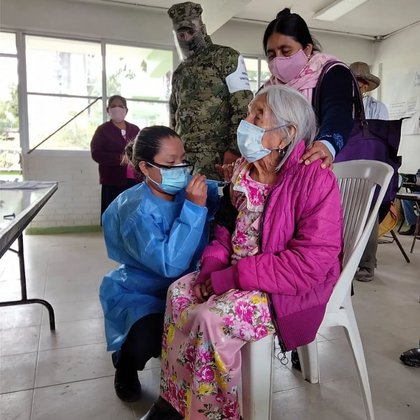 Doña María Antonia, who is 120 years old, received the first dose in the Huasteca of Veracruz (Photo: Twitter @ welfaremx)

In addition, cases like that of Doña Florencia belong 0.8% of the population aged 85 and over to be inoculated. According to the 2020 Population and Housing Census of the National Institute of Statistics and Geography (INEGI), this sector is made up of more than a million people.

During the second day of vaccination, the Ministry of Welfare announced, through its social networks, three adults over 100 who received the vaccine in various regions. The first one was Mrs. Josefina, who at 102 years of age received the antigen in Arteaga, Coahuila, inside the Sierra Madre Oriental.

That of Don Catarino de la Cruz was the second story released by the secretariat. The man, belonging to the Huichol ethnic group, was born in 1902 and went to the vaccination center located in the town of La Manga, municipality of La Yesca, in the mountains of the state of Nayarit. 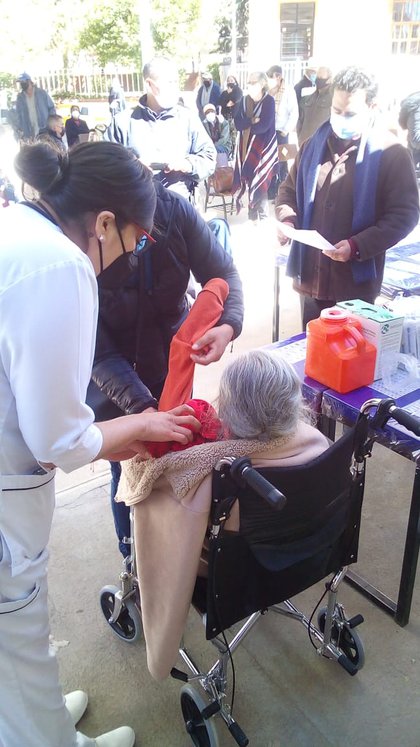 They also told the story of Doña Josefina, who is 102 years old and lives in Arteaga, Coahuila state (Photo: Twitter @ / welfaremx)

That same day, in the Amoxoyahuatl locality located in the municipality of Platón Sánchez, the Huasteca Alta of Veracruz, Mrs. María Antonia, 102 years old, also received the first dose of the vaccination schedule.

The next day, the story of a centenarian who received the antigen was also released. This time it happened in the Mexico City, in the Family Medicine Unit (UMF) number 22 of the IMSS of the mayor’s office Magdalena Contreras. There, the nurse Tayde Isabel Montes Feria gave the injection to Mrs. Dolores Ramírez, 103 years old. At the end of the event, the older woman thanked the health worker.

Since December 24, when the first injection of the vaccine against the SARS-CoV-2 virus was given, 1,058,139 doses have been placed throughout the country. In addition to the elderly, health personnel and teachers from Campeche have also received the antigen.

Coronavirus in CDMX: this Wednesday the home vaccination of older adults begins

COVID-19 vaccination in CDMX: So you can check the date and place that corresponds to you