Ash Ketchum is undoubtedly one of the best trainers in the series, even if he falls a long way from his goal of catching them all. He is typically capable of outclassing many of the best coaches in each season of his series, becoming well known in all regions of the world in the process.

His bond with his Pokémon is also unmatched. However, that does not make him infallible or immune to defeat. There are not a few coaches who could defeat him in combat.

10 Professor Oak has wisdom on his side

Professor Oak doesn’t look like much when first seen, and he looks more like a silly old uncle or grandfather than anything else. Also, he cannot show his talent much, especially in the television series. However, the Pokémon Adventures manga allowed us to see how good it was in its heyday, proving to be a match for one of the Elite Four and becoming champion of the Pokémon League. Also, his age gives him greater wisdom than even Ash would have.

9 Iris has a ton of formidable dragon-type Pokémon 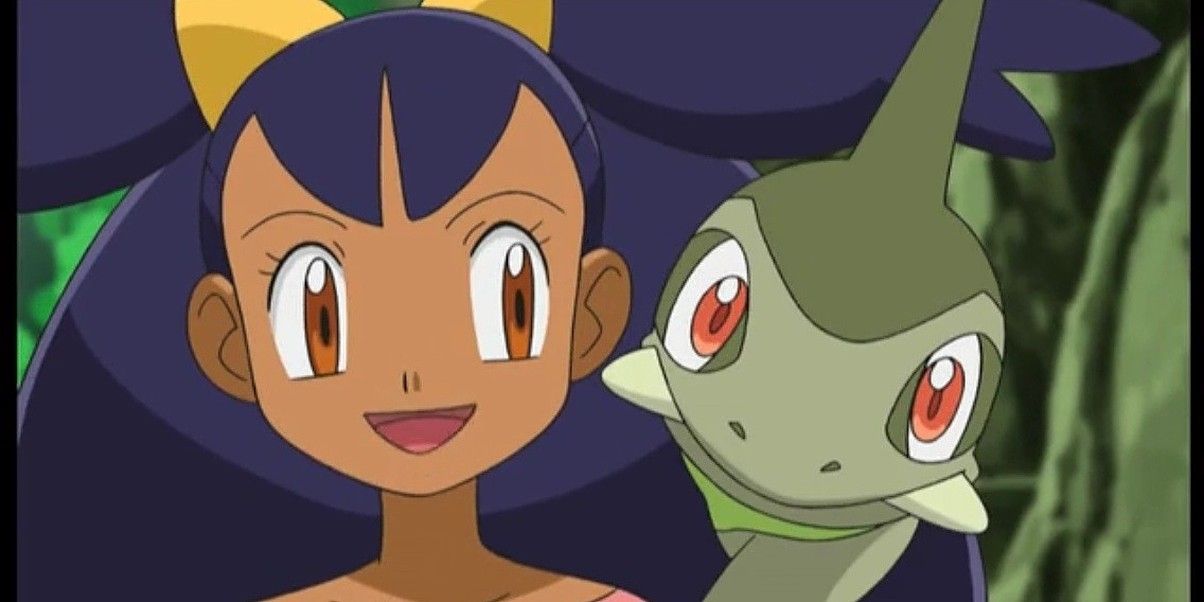 There is only one word to say to explain why Iris is such a dangerous trainer to face, dragon-type. Throughout all Pokemon medians, dragon types have always been placed on a higher pedestal than others. They are not only the strongest types of Pokémon, but also one of the most reliable. That’s why he’s a huge obstacle in Pokémon White, being both the gym master and the champion of the Unova region.

8 Steven would lead Metagross to victory 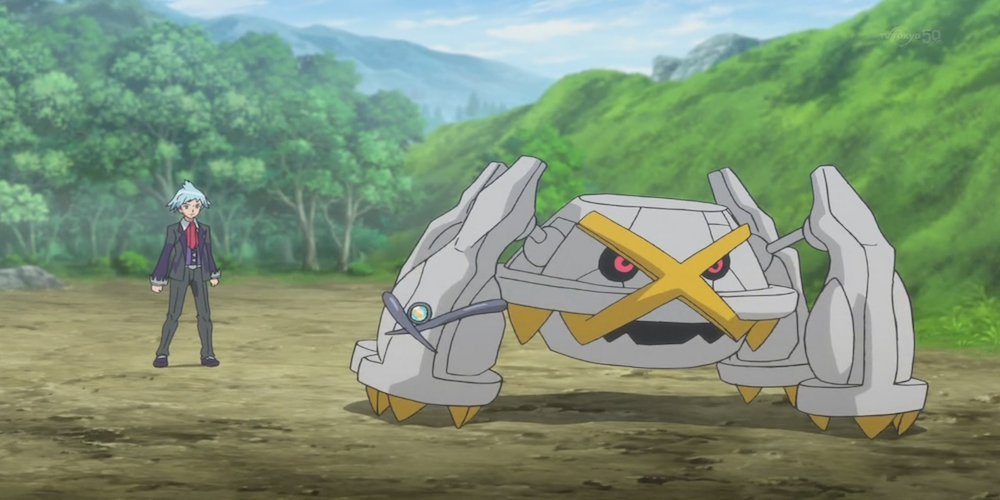 In the anime, Steven is more of an ally of Ash, who always helps when he can. That does not change that he is a coach, that if the two had been more competitive with each other, he would have won.

One big reason is his partner Metagross, who leads a team full of Steel-type Pokémon. Metagross’s mega evolution made it very dangerous in the series, and Steven demonstrated great ability to manage his team of Pokémon.

7 Diantha overwhelms Ash with her fairies 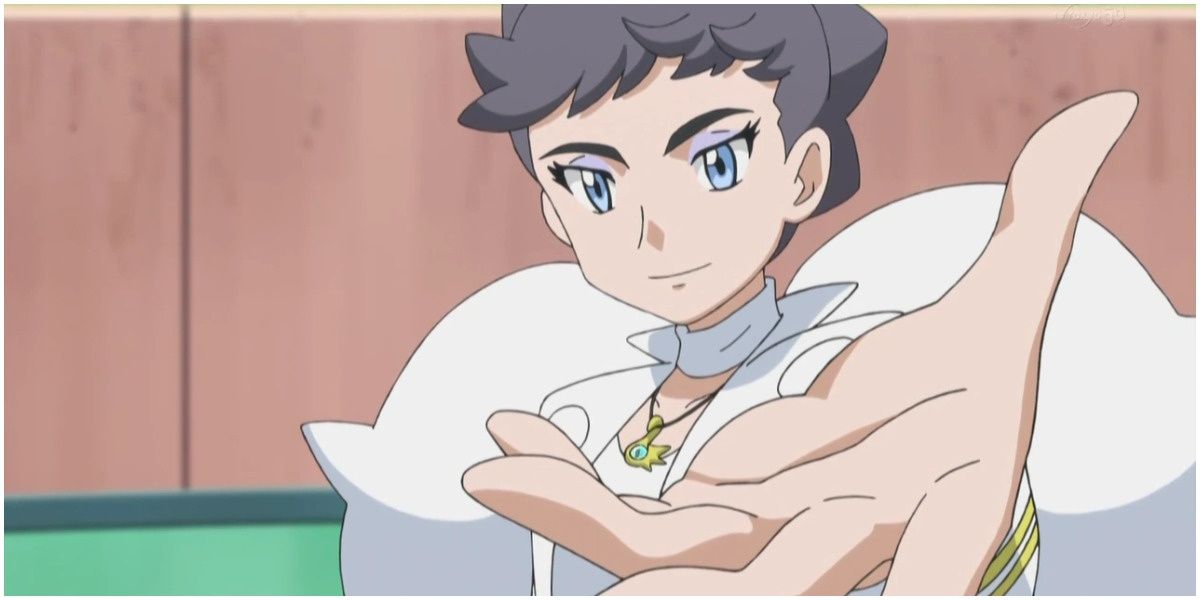 Ash achieved a victory against Diantha in the anime, a very close battle in which his Greyninja managed to defeat his Mega-Gardevoir. It is one of the best matches of that season of the series, in which the talent of each of them is demonstrated. Of course, the battle was interrupted by Team Rocket and it was a strictly individual combat between two Pokémon, instead of showing the complete list of each of them. If it had been a more suitable duel, Diantha would have scored a tough victory.

6 Cynthia owns two of the strongest Pokémon in the series 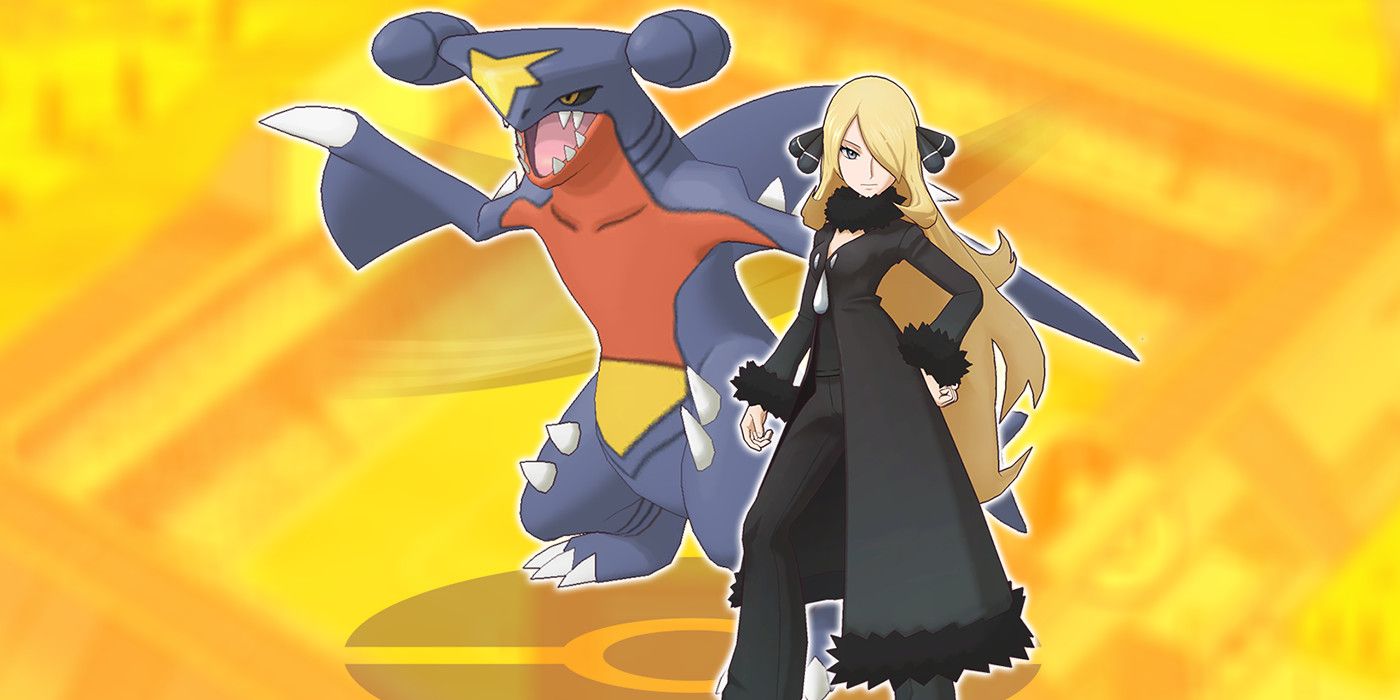 Both Garchomp and Lucario are some of the strongest Pokémon introduced in the new game series. Additionally, they are both under Cynthia’s care, making her one of the most dangerous trainers in the entire series. It has been established throughout various seasons of the anime, as it is not a unique character. It is always in the background, but when it appears, it is always an impressive sight.

5 Blue who outpaces Ash in battle 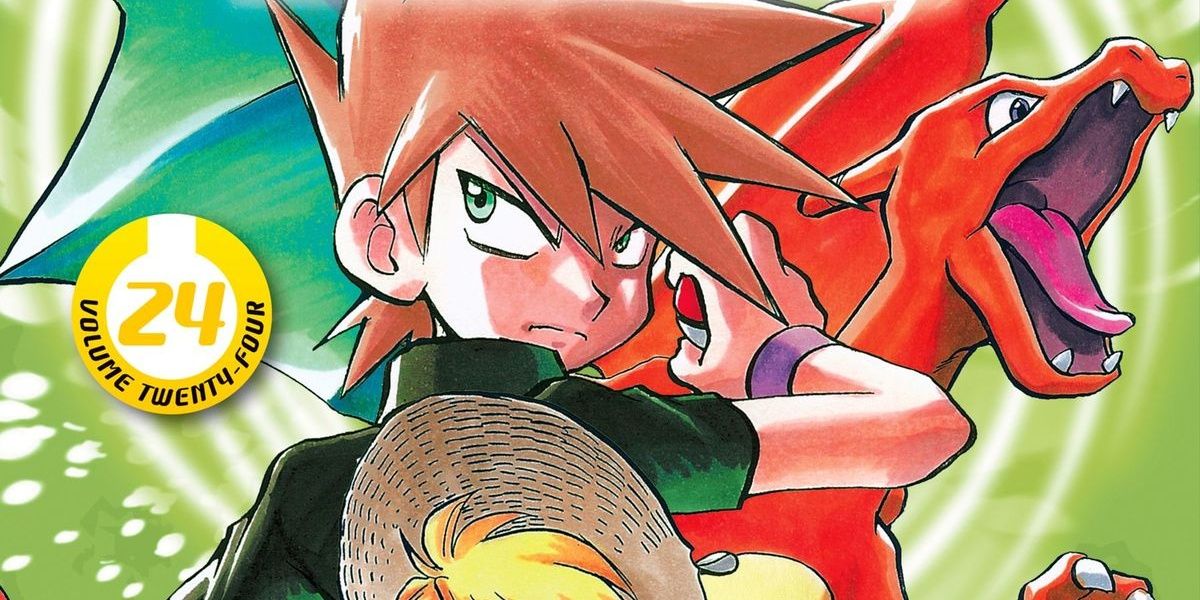 If this were strictly for the anime, where the character is named Gary, it wouldn’t be anywhere near the list. Gary had a bit of a sparkle, but he only served as Ash’s first major antagonist.

The version of the character in the manga, Blue, is on a totally different level, even surpassing Red (who Ash is based on) as the protagonist at times. His knowledge and talents are unrivaled, making him one of the best coaches in the series.

4 N Has a well-rounded team 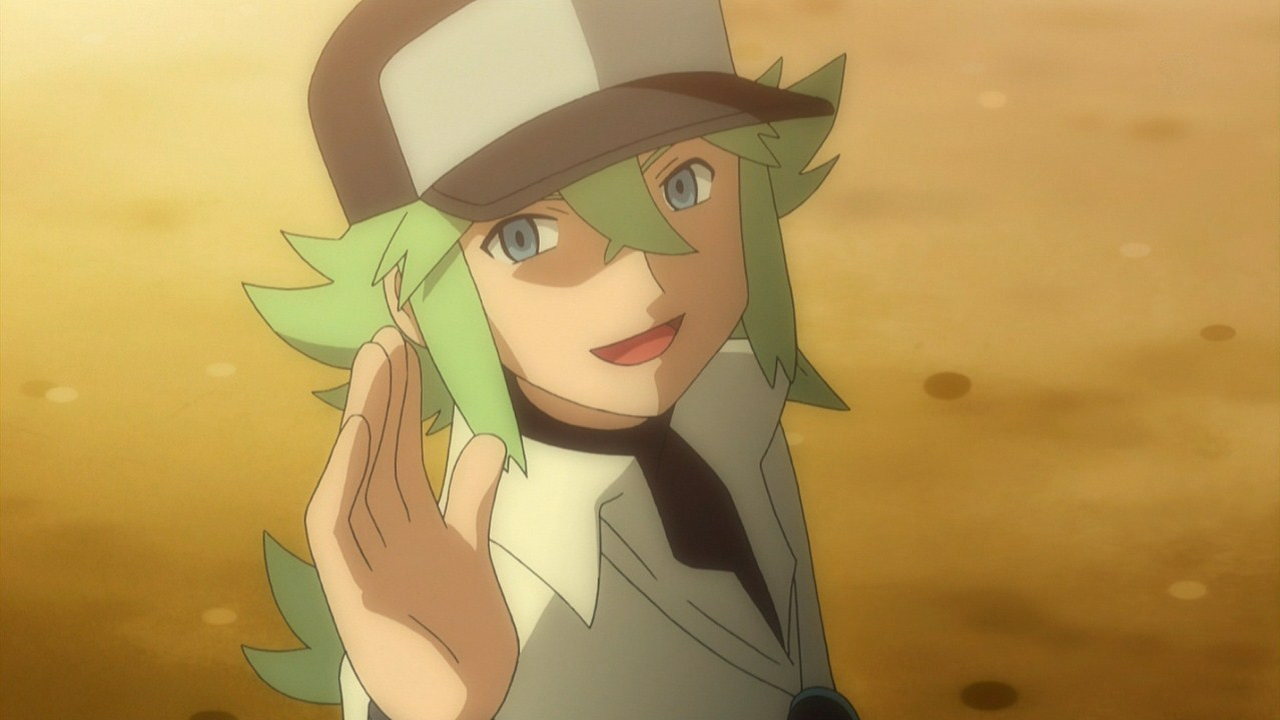 As an anti-villain in the Pokémon Black and White universe, it stands to reason that N is quite strong. Additionally, he is one of the best villains in the entire series as he fights for the rights of Pokémon rather than trying to take over the world. He is more than a man with a worthy ideal, as he has his share of powerful Pokémon. Reshiram / Zekrom is extremely powerful, and his team is incredibly diverse, allowing him to be prepared for any strategy thrown at him.

3 Harrison has already beaten Ash and would do it again 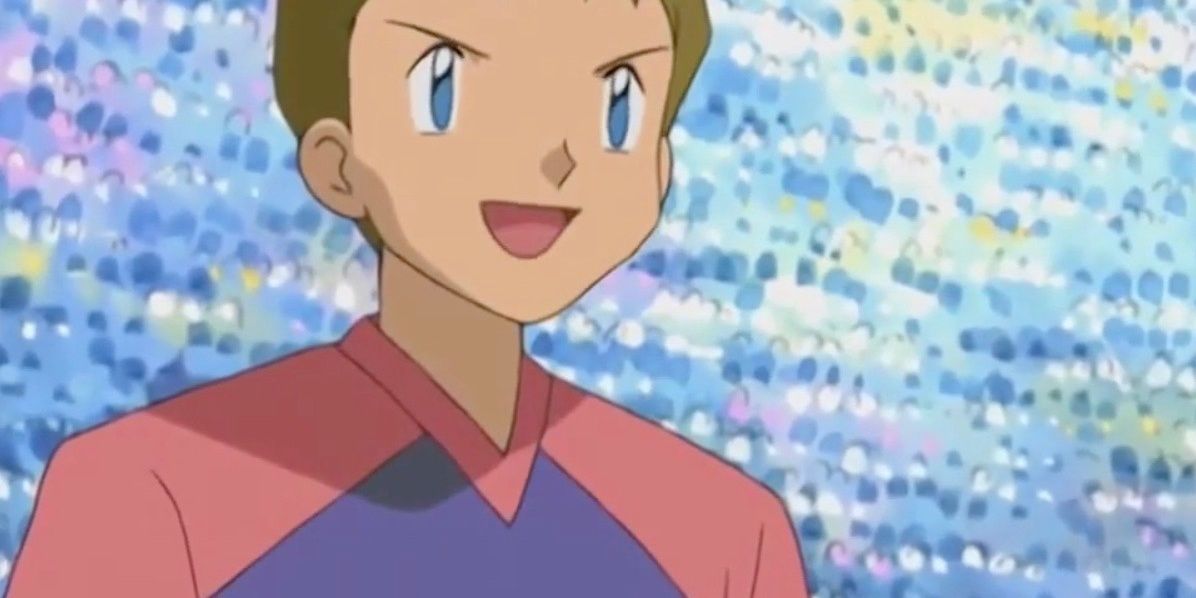 This can rarely be said, as Ash often overcomes adversity in anime, but Harrison beat him in the Johto League Silver Conference matches. It was a very close battle and one that helped boost Ash as a coach, proving that he was not infallible. Perhaps most surprising is that Ash has never regained his victory against the coach, leaving him one of the few who owns a record of victories against Ash. If they duel again, it is doubtful that the outcome would change.

2 Gold (Ethan) would always be two steps ahead of Ash

As in the case of Harrison, Gold or Ethan possesses a victory over Red, Ash’s counterpart in the manga and in the game. Nor is it a single case. Oro manages to beat Red on multiple occasions, both in games and in Pokémon Adventures. Even though Ash is a great coach, Oro is the only hurdle he has never been able to overcome, and given his track record, it is one he will never overcome. He has an intelligence and mindset that would rival that of a person like Naruto’s Shikamaru. 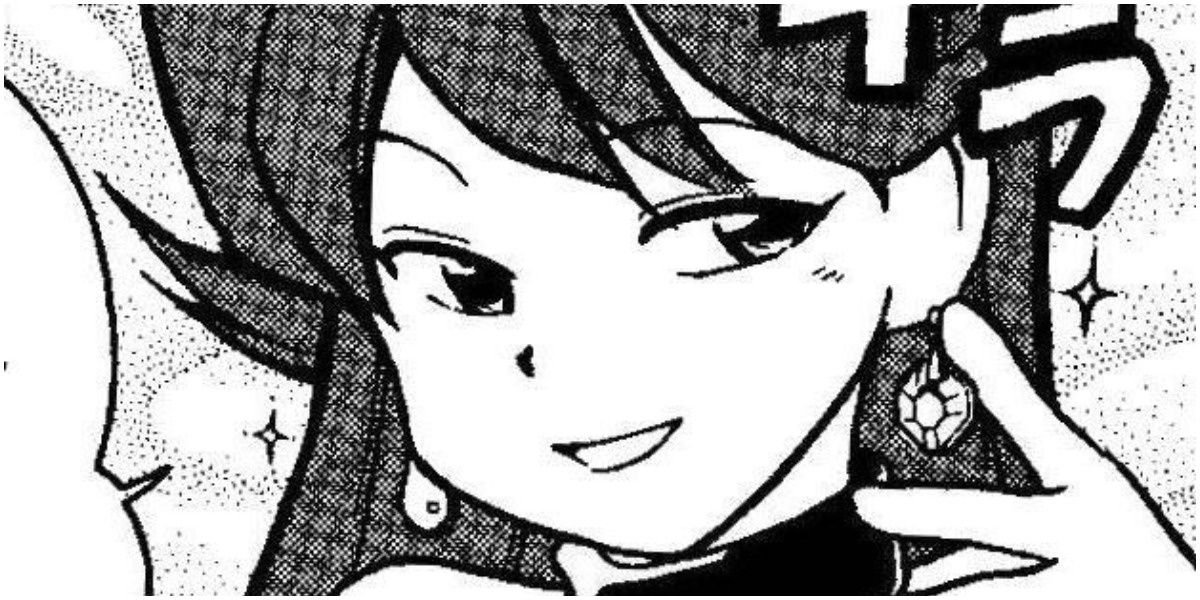 Unlike most of the others, Green is not someone who can defeat Ash with his combat prowess or even his Pokémon. No, his strength would be his words and the fact that Ash is as gullible as anyone. He already demonstrated in Pokemon Adventures that he could convince Red to buy useless items for his Pikachu. It wouldn’t be surprising to see her hit Ash with unclean means that would make Team Rocket jealous. Before Ash realized what he was doing, she would be victorious.