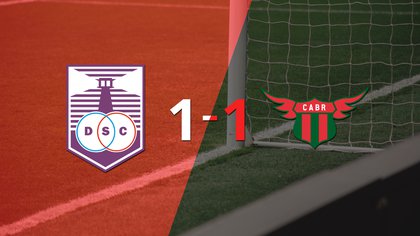 Defensor and Boston River did not draw differences in their match for group b – date 7, held this Wednesday at the Luis Franzini stadium.

The local began winning with a goal from Ignacio Laquintana in the 42nd minute of the first half, while through Facundo Rodríguez the visitor equalized the match in the last minutes of the match.

The figure of the meeting was Facundo Rodríguez. The Boston River forward scored 1 goal and kicked twice on goal against Defensor Sporting.

It was a game with many fouls and with numerous interruptions. There were a large number of reprimands: Franco Zuculini, Ignacio Laquintana, Rubén Bentancourt, Mathias Cardacio, José Alberti and Facundo Rodríguez.

Defensor’s coach, Gregorio Pérez, set up a 4-5-1 formation on the field with Matías Castro in goal; Emiliano Álvarez, Matías Rocha, Facundo Mallo and Rodrigo Rojo on the defensive line; Alvaro González, Mathias Cardacio, Franco Zuculini, Tabaré Viudez and Ignacio Laquintana in the middle; and Álvaro Navarro in the attack.

For their part, those led by Juan Tejera were planted with a 4-4-2 strategy with Gonzalo Falcón under the three suits; Leandro Lozano, Nicolás Barán, Carlos Valdez, Pedro Silva Torrejón in defense; Pablo Álvarez, Santiago Arias, Agustín Nadruz and Wiston Fernández in the midfield; and Rubén Bentancourt and Alejandro Martinuccio up front.

The referee designated for the match was Claudia Umpiérrez Rodríguez.