Home>World>🔴 Results of the elections in Madrid 2021

More of five million people are called to the polls on May 4, 2021 in atypical elections, on a weekday but not a school day, which has left images of long lines at the gates of the polling stations since the voting centers were opened to the 9 am to 8 pm. Participation at 7 pm has risen eleven points compared to the 2019 elections. You can checkIn the following widget, all the results by municipality of the Community (use the search engine).

Polling stations close at 20 hours, although it is possible that some centers extend the voting time somewhat due to the queues produced as a result of the COVID measures.

Those of this day are the fourth regional elections held in a pandemic in Spain after the Galician, Basque and Catalan women, and the first that take place in advance in the Community of Madrid, after the rupture of the coalition government of PP and Citizens, two years after its formation.

On May 26, 2019, the PSOE prevailed in the regional elections. Ángel Gabilondo won in 11 districts of the capital, compared to the 7 in which Isabel Díaz Ayuso won. Ciudadanos was the winner in two and Más Madrid scored only one. The Socialists monopolized almost all the south of the capital and the Popular ones maintained their traditional bastions. 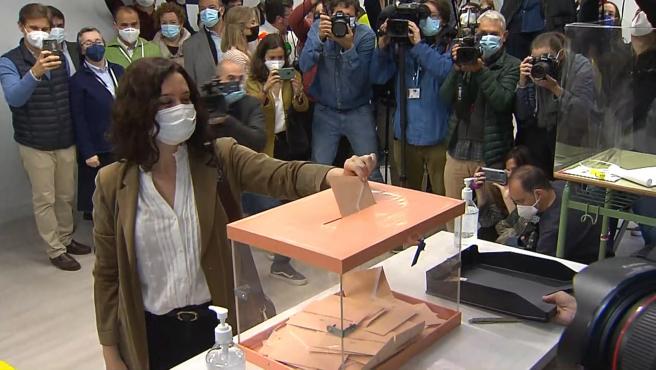 The Socialists became strong in the south of the capital, and won in Puente de Vallecas, Villaverde, Usera, Vicálvaro, Carabanchel, San Blas, Villa de Vallecas, Moratalaz, Ciudad Lineal and Arganzuela, as well as in Latina. For its part, the PP led the areas where it has historically had the most rooted vote. He won in Chamartín, Salamanca, Chamberí, Moncloa-Aravaca, Retiro and Fuencarral-El Pardo, which were joined by Tetuán.

Second elections on a weekday in Madrid

The elections were held on a working day, specifically a Tuesday, something that had only happened previously on one occasion in the Community of Madrid, on June 10, 1987 (Wednesday), when Joaquín Leguina’s PSOE won for the second time in the Community, although it lost the absolute majority.

The regional elections of the Community of Madrid always have repercussion at the national level due to the interests at stake, but in this case and in the middle of a pandemic, even more so.