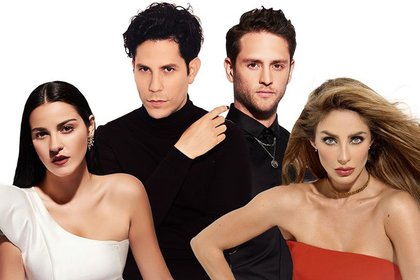 The RBD band created a viral challenge to promote their latest single with which they return to the music scene after 12 years of separation (Photo: Instagram @rbd_musica)

RBD is back on the music scene after twelve years without releasing a trackIt’s always I’ve been here, a song that was released this Tuesday and that captures the essence of the band today made up of Anahí, Maite Perroni, Christian Chávez and Christopher Von Uckermann.

With the text “We can’t get excited! Now you can listen I’ve always been here on the Hot Now playlist ”the group announced the premiere. Just minutes after the debut of the single, RBD’s comeback became a trend on social media, because to the surprise of the public, the Mexican group that became a media phenomenon during the first decade of 2000, premiered a single that the same band described as the “anthem” that marks the beginning of a new stage in the emblematic grouping.

With the pop ballad style that characterizes the group that emerged from the telenovela Rebelde, Always I’ve been here is a nostalgic theme with verses that recover the name of some of the songs that the band popularized and they became hits across the continent. 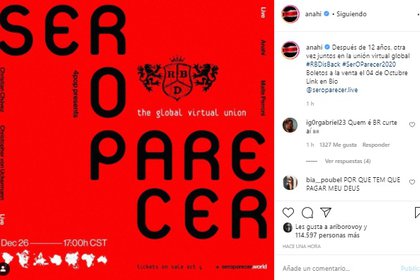 The band is preparing for a livestream concert that will be held the day after Christmas (Photo: Anahí’s Instagram)

“Save me with this heart, just teach me a little of your love and just be silent that there is still so much to tell and there are songs that we have to sing”, reads a fragment of the song that immediately climbed to number one on various musical platforms.

A week ago Maite Perroni had given a preview of this musical theme on her social networks, inciting her followers to join the challenge # SiempreHeEstadoAquí, challenge launched on TikTok that promises a very special prize for its followers. 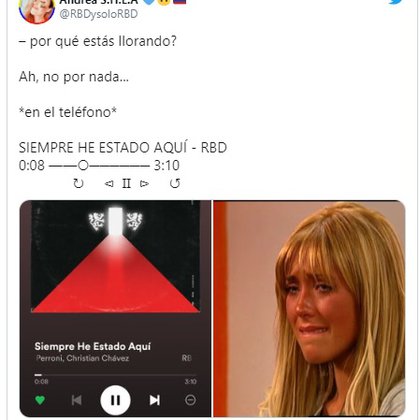 The reactions of the fans to the launch of the theme did not wait in social networks (Photo: Screenshot)

It is a dynamic launched by the members that consists of users of the social network must record themselves singing a verse of the new song and upload it to their account; There will be 600 people who will be able to compete to join RBD during the transmission of the next virtual concert that will mark the tribute to their music, called Being or Seeing, in which the members will sing together as they have not done for more than a decade. 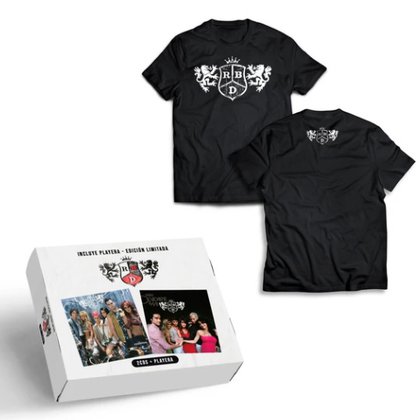 A few weeks ago all the band’s music and special physical editions were relaunched (Photo: Screenshot)

This challenge has already been accepted and replicated by its followers, and So far, it has already had more than 8.6 million replicas on the popular short video platform.

Following the news of the launch, Fans of the group and multiple Internet users reacted with memes and comments on Twitter, some being ironic and others celebrating the comeback of the group that sold millions of copies in its years of greatest glory.

A few weeks ago Anahí had revealed that RBD would be about to release a commemorative single, which was finally revealed today: 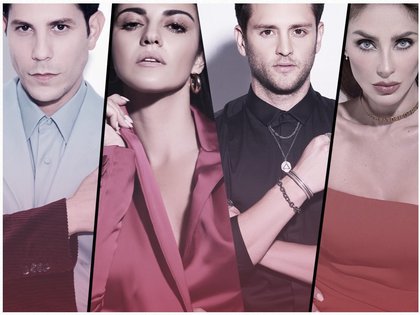 The group has declared that “more than a reunion, it is a tribute”, so it is not known if they plan to tour when sanitary conditions allow it (Photo: Instagram @rbd_musica)

“We have a surprise for you, at the end of November they will have new music!”, Said the star in an interview for the Hoy program, where she could not hide her emotion after revealing the news she kept secret.

“There is nothing that we would not want more than to be the six together, but it is also very valid and respectable that they do not want to be, there will be some impressive visual things, in this song let’s do this, united in the same feeling ”, added the actress behind the iconic character Mía Colucci.

And it is that since the long-awaited reunion of the group was announced, there was much speculation that if the six members would be present or not, being that at the same time It was revealed that neither Dulce María nor Alfonso Herrera will be part of the reunion, unleashing various reactions among their audience, as there were even those who called them “ungrateful.” 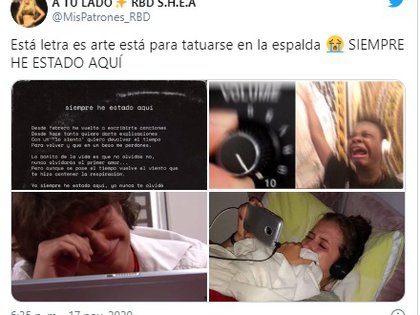 The fans showed their emotion at the launch of the single that embodies in its lyrics different names of songs of the group (Photo; Screenshot)

Herrera did not delve into his reasons for not being part of the projectAlthough it is known that the actor has decided to pursue his career in film and theater as an actor, permanently putting music aside; for his part, Dulce María is weeks away from becoming a mother for the first time, which is why, according to her, she will not join the RBD tribute project “for the moment”.